Pandora Papers: Politicians Offshore… What do we learn, and what’s taxes? 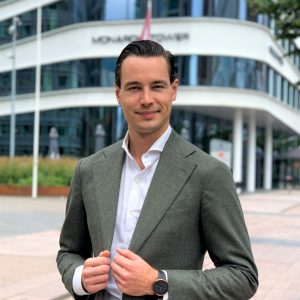 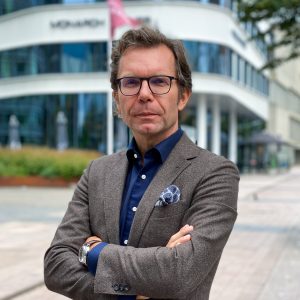 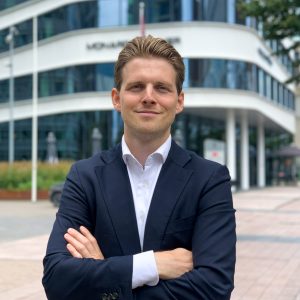 Explosive stuff: a new chapter has been added to the Offshore Leaks: The Pandora Papers. Its topic:  the secret offshore holdings of more than 300 politicians and public officials from more than 90 countries and territories…

Let’s start by establishing what this is on a technical level: a cache of 11.900.000 documents (2.94TB of data!) leaked from 14 ‘Offshore Service Providers’ – service firms that provide incorporation, management and administration services for legal entities in ‘offshore jurisdictions’.

The investigative journalists sifted through this enormous data set and so traced undisclosed transactions, assets and structures of 366 ‘Power Players’; political and otherwise celebritous individuals using offshore jurisdictions. And as the ICIJ itself states: that in itself is no offense. But depending on the structure and the involved individual, it may imply that something conspicuous is going on still. For instance: tax evasion or the obscurization of assets or sources of wealth. So: what do we learn, and how does the tax stuff work?

What is an Offshore Jurisdiction?

“The terms tax haven, offshore financial centre, and secrecy jurisdiction describe jurisdictions that feature distinctive characteristics such as low or zero taxation, fictitious residences (with no bearing on reality) and tax secrecy. Each of them puts the focus on a different feature: the foreign location for offshore centres, and the anonymity or non-disclosure of financial dealings and ownership of assets, in the case of secrecy jurisdictions.”

This political document already construes some mixup, as there can be a distinct difference between a ‘Tax Haven’ and a ‘Secrecy Haven’; some jurisdictions may choose not to levy certain taxes, whilst some may not require certain reporting.

So what are they used for?

Tax Havens can provide a flexible layer in any legal structure, as restructuring the ownership chain or pooling resources at the Tax haven level may then be subject to little or not tax. That in itself, by the way, does not mean that the ultimate shareholders and the underlying operational business do not pay taxes in theyr respective local jurisdictions.

However, Tax Havens can be used to reduce a company’s Effective Tax Rate: the company’s ETR is effectivey the weighted average of its global profits and the rates they are subjected to locally. So if a group entity located in a high-taxing jurisdiction can deduct payments it makes to a lower (or non) taxed group recipient, the ‘weight’ of the low-taxed profits increases in favor of the high taxed profits. This is a form of tax avoidance in favor of the shareholders, that society increasingly finds troubling – especially if the company involved actually does nothing of importance in said offshore jurisdictions. And this is curtailed, generally, by implementing more robust anti abuse tax measures.

Secrecy Havens, in turn, can be used to obscure the identity of the ultimate owners of an asset or business. This may be useful for High Net Worth persons who do not want their assets or wealth to be publicly tracable, or whose wealth may be public fact but who wish to obscure who their relatives and or associates are. For persons from politically stable jurisdiction, this would predominantly be for pirvacy reasons, and for persons from politically unstable jurisdictions, this may equally be to avoid persecution or asset seizure.

At the same time, however, the lack of reporting or transparency requirements can also aide in obscuring income or money flows. If the other persons or entities do not properly report these, this can lead to tax evasion, which is a financial crime. And: the obscuration of details may also make it difficult to trace the associates and/or sources of funds of politically affluent persons, which can be essential to establishing whether policy is being proposed for the right reasons.

So what is the difference between Tax Avoidance and Tax Evasion, and how does secrecy interact?

Tax avoidance, by its definition, is legal. And tax evasion is not. Tax avoidance can be achieved by choosing behaviors that are -per law- taxed less than other behaviors. It therefore finds its basis in a mindful construction of the facts. Tax evasion, on the other hand, can be achieved by not accurtely reporting what the facts and behaviors are. It therefore finds its basis in a dishonest report of the facts. The latter can be facilitated through secrecy regimes.

But while evasion and avoidance are originally two mutually exclusive factors, a global trend can be identified where certain cases of aggressive tax planning can be classified as abuse of law, and with that also form tax evasion as it implies the facts are misrepresented or disingenuous.

What initiatives are being unfolded to curtail such Evasion?

From about 2010, the OECD took the lead in a massive project named ‘BEPS’ – acronymical for Base Erosion and Profit Shifting, which is their identified source of unwanted international tax avoidance.

This project has since then resulted in numerous supra-national legislative initiatives, such as Europe’s Anti Tax Avoidance Directives 1 and 2, and recently the G20 agreement to a global minimum tax of 15% on multinational companies.

But not only tax technical measures are unveiled to address aggressive avoidance, transparency requirements are being fortified as well. Following OECD think-tanking, Europe now curates a ‘List of Non Cooperative Jurisdictions’, also known as the EU Black List. States placed on this list can suffer mandatory source withholding taxes on any payments made to them, or CFC-inclusion of any funding maintained there.

What results are envisaged? More money for governments.

The clear aim of the multi-faceted global approach is, of course, to reduce tax avoidance. Why? Because it increases the amount of corporate profits that governments the world over can levy. And all economic metrics about the underlying rationale aside, the ultimate effect would be a more massive overhaul of funds that are now private to the public.

And this can, of course, be a very good thing. Where efficient governments can deploy those funds to support welfare on a much greater scale than private companies can muster, both economics and rationale dictate that this expropriation is justified and postivie. And that the underlying avoidance but more specifically evasion and the secrecy that supports it, is bad.

Are these governments using the funds efficiently and genuinely?

And this is where the Pandora Papers come in. Some Power Players pop up, and it isn’t always pretty. Some politicians may have invested with the interposition of an offshore entity but always declared their income. That means that in this day and age, what they’ve done doesn’t look pretty. But from a tax perspective, they’ve done nothing wrong – even though not practicing what one preaches can be politically compromising, with personal but geopolitical consequences.

But: some politically affluent persons come off much worse. The Pandora Papers seem to expose that certain public figures may not exactly be worthy of more funding under control. So where new tax measures are launched to increase the private to public overhaul, we must remain critical. Because:

Not all of them are doing the right thing.

So: we invite you to replay our webinar on just this topic; grab a cocktail and deep-dive into the world of offshore politicians with us! 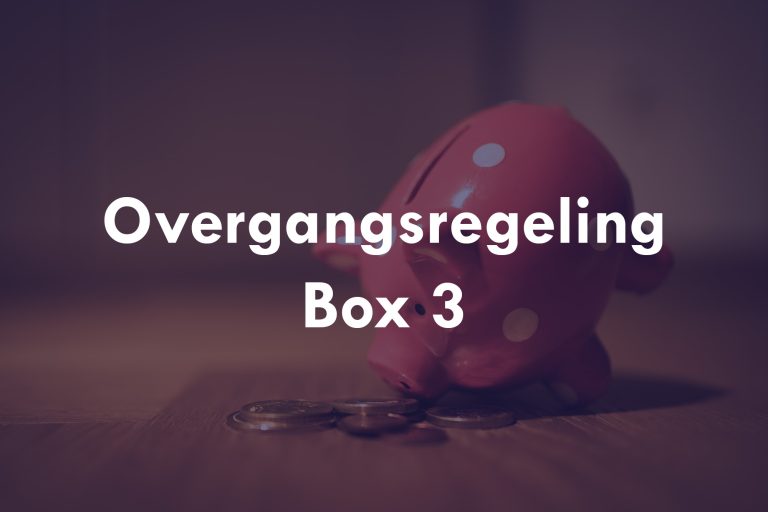 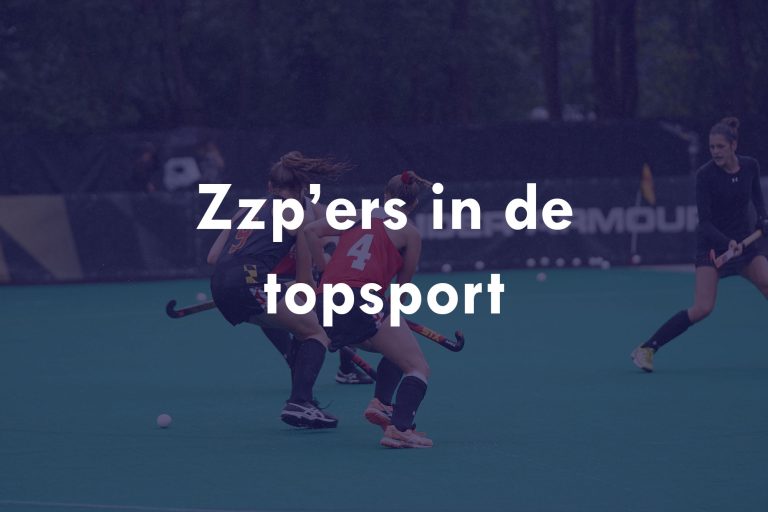 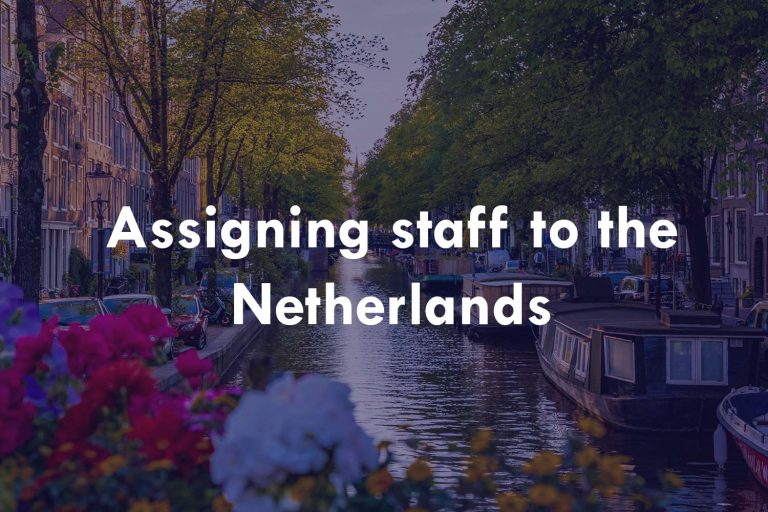 2 weeks ago
Assigning staff to the Netherlands: our how to 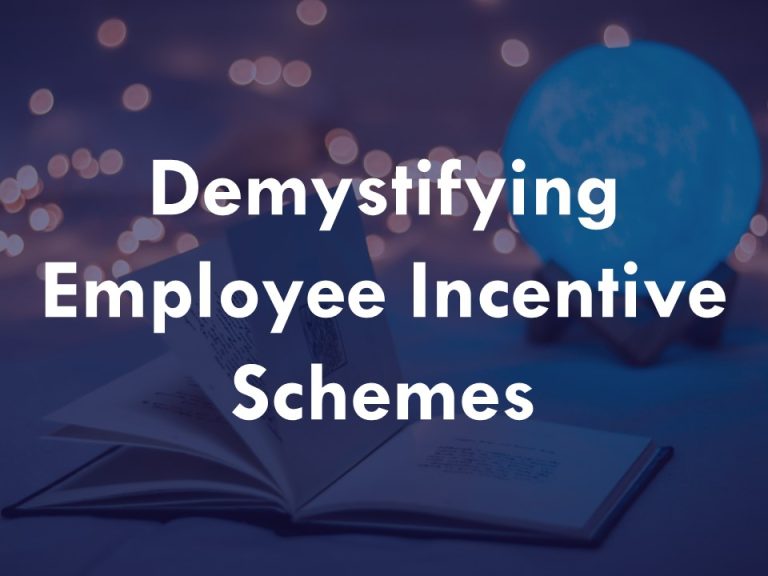 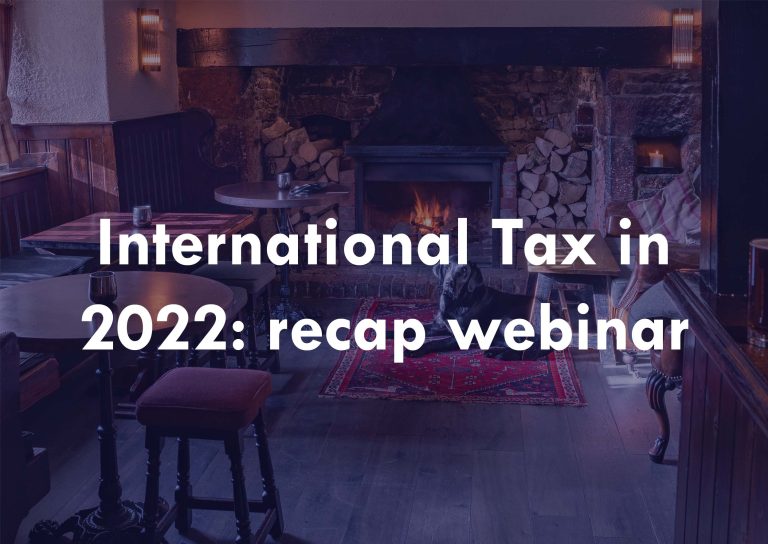 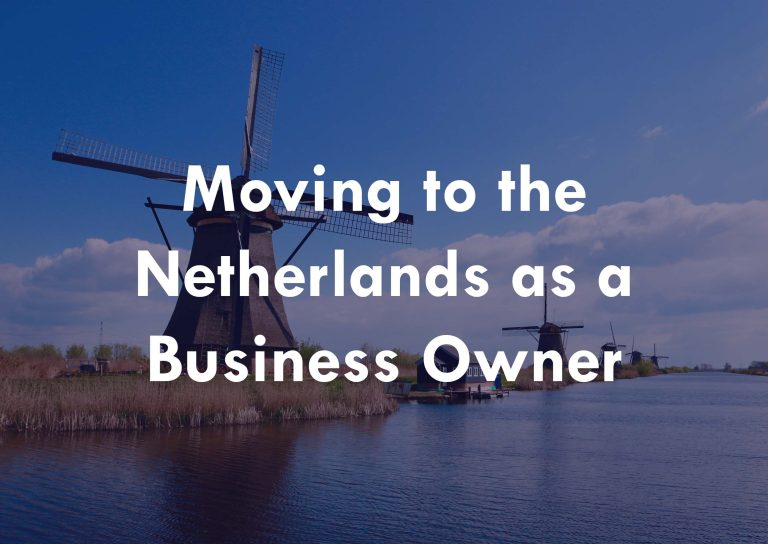